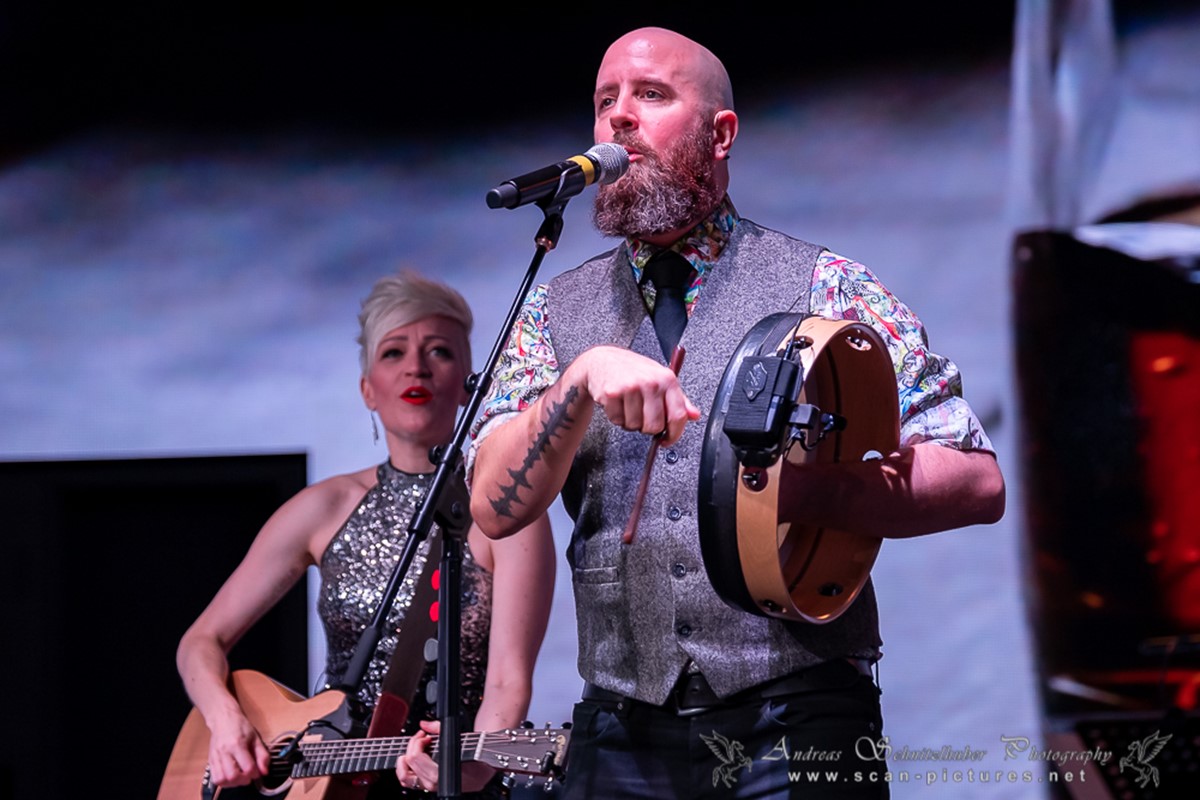 English:
Tabitha & Adam’s instrumental skills span from the piano, acoustic and electric guitars, bass, percussion, the iconic 80s keytar and celtic instruments like the irish drum and tin whistle. They are both very accomplished singers, Tabitha having studied at The Royal Academy of Music in Denmark and later taught as a Vocal Coach, Songwriting Coach and Module Leader at London’s prestigious Institute Of Contemporary Music Performance. Adam honed his music skills between the Dublin and London Club and Festival Scenes, producing and releasing music for many years. As a self taught musician he takes a different angle to all the instruments he plays, which makes him a bit of a musical octopus and guarantees some surprises hidden up his sleeve.

Together, as Five O’clock Somewhere they have travelled to over 100 countries, bringing their unique show to audiences across the globe. These two talented musicians will wow you at every turn with a show they have entirely created, arranged and produced themselves. They cleverly incorporate fun and unexpected musical surprises such as Loop Machines in their show, using modern technology in a fun and easy-to-follow manner that continues to intrigue and wow audiences of all ages and backgrounds. Stylistically, they cover a broad spectrum including classic rock, modern pop, celtic folk and everything in between. They deliver an energetic and captivating performance that will leave you with an entertainment experience unlike anything you’ve seen or heard before.
Min festuge
Facebook updates
Trekantomraadets Festuge
✨ Glædelig jul ✨ Nyd juledagene med dem du holder af og pas godt på hinanden 🎄
Læs mere
Del jeres festuge
oplevelser med os
–
#trekantfest
GALLERI
2022 © CodeOptimus
Til top